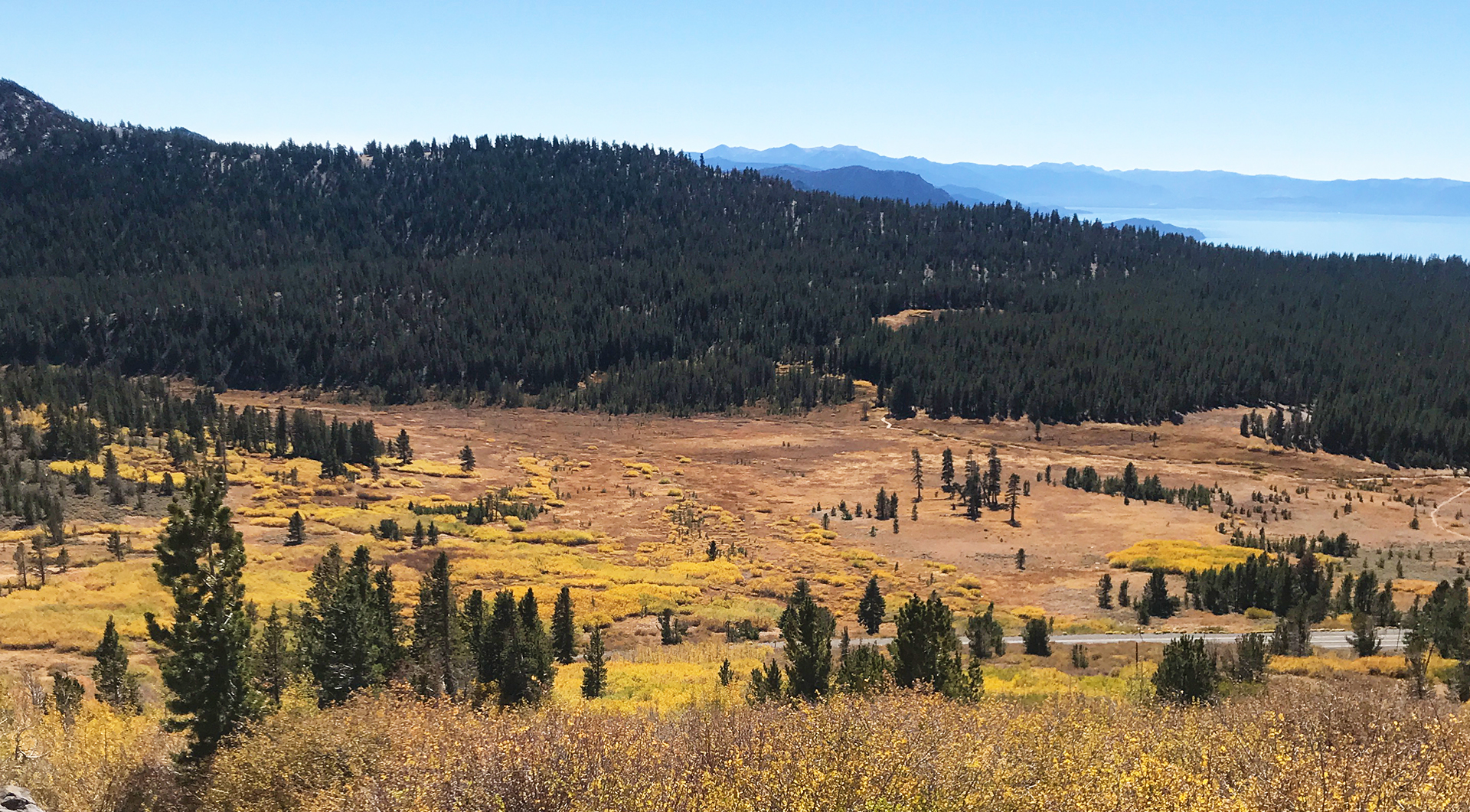 The 2-acre Tahoe Meadows/Sheep Flat property sits at 8,000 feet and is located on the western edge of the Tahoe Meadows, immediately north of and adjacent to State Route 431. The property is bordered on three sides by USFS lands, and in the immediate vicinity of the Incline Lakes project. It is characterized by high elevation alpine/wetland meadows, and contains the headwaters and upper reaches of Ophir Creek. Lodgepole pine, several species of willows, numerous wildflowers, and various sedges and native grasses are plentiful.

The entire Tahoe Meadows contain significant archaeological values, including habitation and processing sites dating back 4,000 years. The Comstock-era Ophir Creek Flume originated on the property, and some evidence of that water conveyance system remains. The remnants of an historic sheepherders cabin, which led to the area being commonly known as Sheep Flat, are also found on the property.

The area has high recreational use throughout the year-- from snowmobiling, cross-country skiing, sledding, and snowshoeing in the winter, to hiking, birdwatching, and wildflower walks in the summer. It is hard to distinguish the boundaries of the property; in fact, most people, if asked, assumed that it was already public. The property is visible from the Tahoe Rim Trail, from NV431, a designated Scenic Byway, and from the rest of the Tahoe Meadows area.

The property was originally nominated by Washoe County and the Nevada Land Trust in Round 5 of SNPLMA and was highly ranked. The acquisition was not completed at that time due to issues of valuation. Nevada Land Trust purchased the land in 2010 to safeguard the property until such time as it could be transferred into public ownership. Funding became available through Round 12 of SNPLMA; NLT completed the project in 2015.