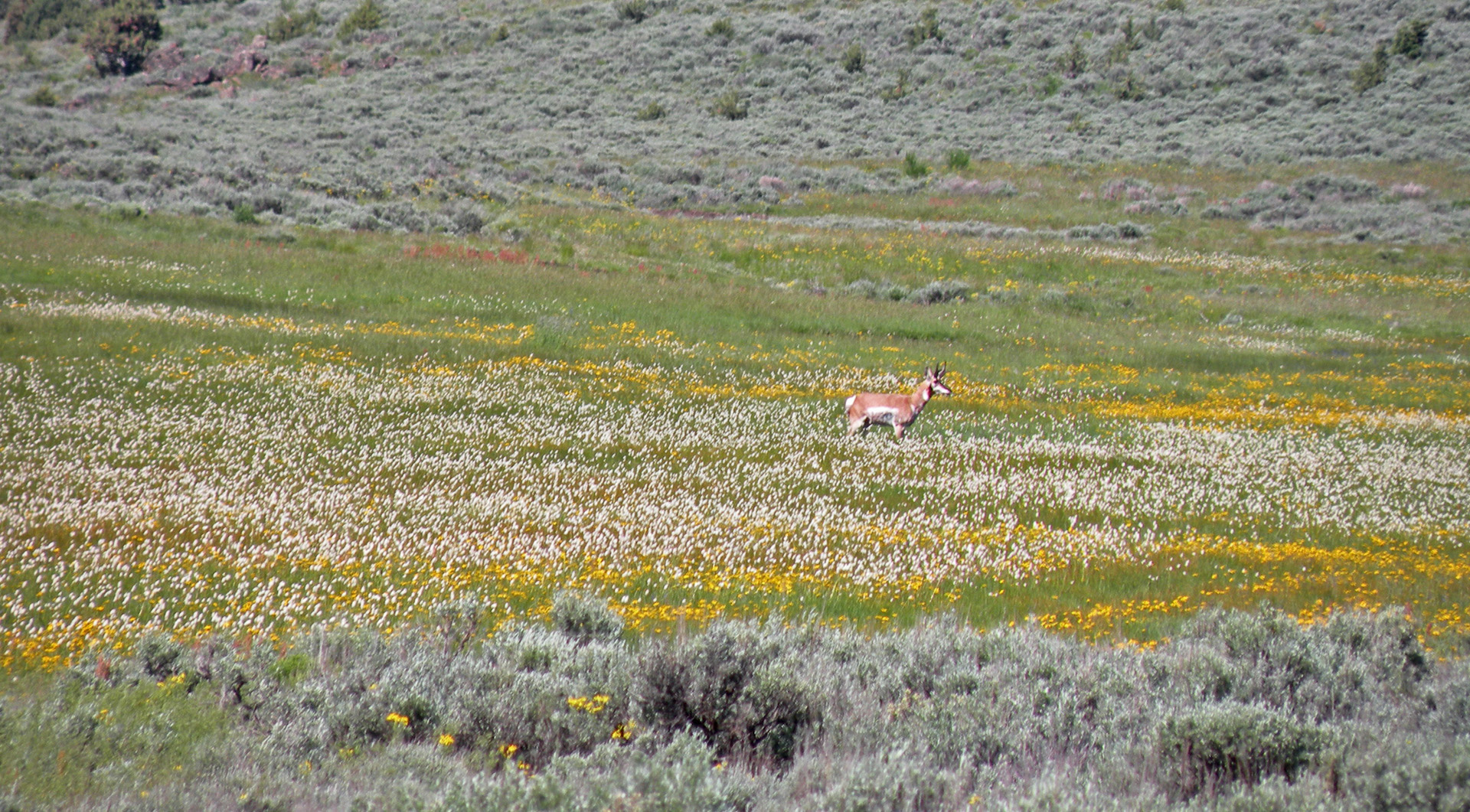 Located in far Northern Nevada, Sheldon National Wildlife Refuge protects more than half a million acres of high desert habitat for large wintering herds of pronghorn antelope, scattered bands of bighorn sheep, and a rich assortment of other wildlife. The landscape is vast, rugged, and punctuated with waterfalls, narrow gorges, and lush springs among rolling hills and expansive tablelands of sagebrush and mountain mahogany.  Hart Mountain National Antelope Refuge in southeastern Oregon is located on a massive fault block ridge that ascends abruptly nearly three quarters of a mile above the Warner Valley floor in a series of rugged cliffs, steep slopes, and knife-like ridges which is home to more than 300 species of wildlife. Featured species include pronghorn antelope, California bighorn sheep, mule deer, sage grouse, and redband trout.

“It is magnificent country, and truly worthy of its national treasure status, “said Patty McCleary, Nevada Land Trust’s Conservation Director.  “I get why people go out of their way to come here, because the landscape is dramatic, and all the wildlife makes it even more precious.”

Nevada Land Trust has become an acquisition partner with Sheldon National Wildlife Refuge in northwestern Nevada and Hart Mountain National Antelope Refuge in southeastern Oregon to work with interested landowners who may hold key qualifying private parcels adjacent to and within the boundaries of those areas.

“We only work with willing sellers, and it’s completely voluntary,” emphasized McCleary. “The price paid for property selected for the program is the fair market value as established by an independent appraisal.   It’s pretty straightforward.  As Nevada’s first land trust we have built a reputation around listening carefully and working closely with landowners, businesses and public agencies.”

Funding for the program comes from the Greater Hart Sheldon Conservation Fund (GHSCF), which has established a special fund to benefit the Sheldon and Hart Mountain National Wildlife Refuges.  Land acquired through the program will be owned by NVLC until it can be added to the Sheldon and Hart Mountain National Refuges, managed by the U.S. Fish and Wildlife Service.